Henar Iglesias was raised at her mother’s millinery studio while observing his father’s paintings. She studied Mathematics at the same time she was learning the maternal craft. That’s the way she discovered the magic of feathers and realized that there was no training in that art as such so she decided to specialize in it. In Mexico she got to know the pre-Columbian tradition of the Amantecas, which opened her the feather mosaic universe.

She has worked as a feather artisan in the field of headgear and clothing, combining this profession with creating feathers for a french furniture author. For 10 years they have held more than 20 projects together, the last one in 2016.

Since then, she has continued to explore design decoration and sculpture with feathers. Prior to 2014, she participated in several group exhibitions at the Bat Gallery and Espacio Valverde, both in Madrid.

She has been nominated for the “Loewe International Craft Prize” in 2019. HOMO FABER at San Giorgio Maggiore, Venise selected by Jean Blanchaert 2022.

"My main job is to investigate feather techniques and make them my own. The millinery background I grew up with has also helped me in that research. I’m convinced that a designer who does not create it’s own designs and investigate deeply looses lots of information along the way.

When I began to specialize in feathers, I dreamt of a compendium of world techniques to consult and nowadays, step by step, I’m writing it.

All the pieces of this portfolio are a collection of proposals, but in fact my specialty is focussing on custume-made designs. What’s most inspiring for me is to be able to put all my knowledge at the service of the aesthetic needed in each situation, whether it is a place or a person.

The feathers I work with are obtained in different ways; home consumption birds, neighbours and nature, the sport trade of the fishing fly or the feather clothing market on bird’s farms. My dream is to have my own farm so that I can take good care of every step of the process" 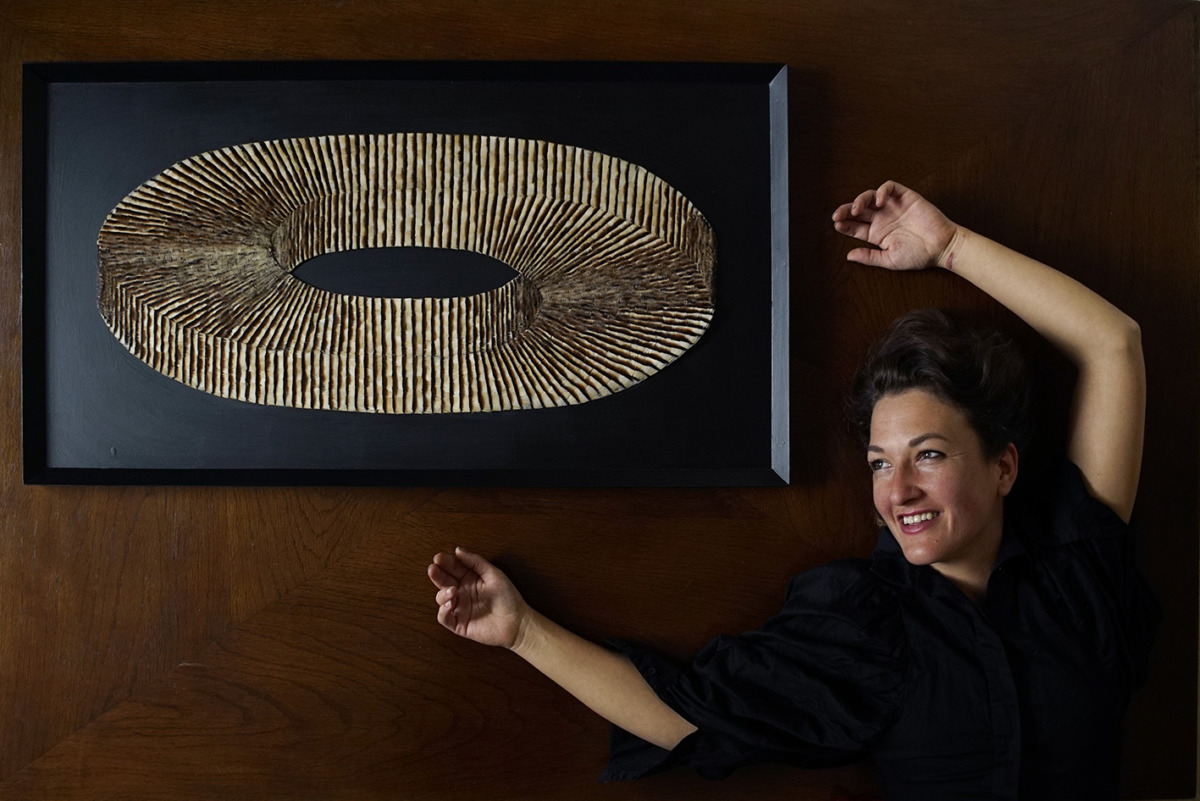